Spirituality: What it is and Why it Matters 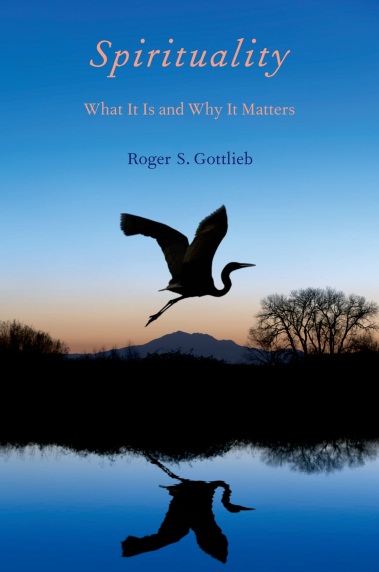 Spirituality is a unique account of spirituality from traditional religion to the present that reveals the common thread that joins Mahayana Buddhism and Hasidic Judaism, the Sufi Rumi and the Catholic St. Thomas a Kempis, people of all faiths and those who are “spiritual but not religious.” Roger S. Gottlieb argues that spirituality is the simple but extraordinarily difficult attempt to face life’s rigors and disappointments by becoming more mindful, accepting, grateful, compassionate, and lovingly connected to others. These virtues oppose both the social ego’s attachment and arrogance, and any habitual, unreflective religiosity; and the path towards them can be shared equally by people inspired by belief in one God or many, the divinity of nature or the sacredness of life.

Spirituality examines the promises and perils of spiritual life as understood both within and outside of traditional faiths, explains the rise of the widespread spiritual detachment from institutional religion, and offers illuminating accounts of yoga, meditation, and prayer. There are also insightful studies of spirituality’s relation to modern medicine, nature and the environmental crisis, and political activism.